Africa has one of strongest, most prolific and intelligent men who produce unintelligent result when in a group or institution. So Obama in 2009 while on a presidential visit to Ghana reminded us all “Africa does not need strong men. It needs strong institutions”.

Congrats to Okonjo- Iweala on her being shortlisted to the finals for the WTO appointment. That’s a good win for Nigeria. Inspired by Sarah Chayes in her book the Thieves of States, she reminds us that while Okonjo may have led some technocratic reforms while in government, nearly a billion dollars was consistently missing monthly from our oil revenues while she was finance minister. The people got poorer too. This statement isn’t to kill joy, what the data and facts show is that she was a finance minister in arguably one of the most corrupt democratic governments of this Millennium.   She may not have anything directly to do with it, but it’s still under her watch as a leader.

It’s always my point about organizational leadership over personal leadership. It’s the challenge of Africans being high flyers, but collectively low. Even when we individually rise, it only makes us the tallest midgets of the world. It’s not enough to be individually upright or smart. No matter how good we are or what we do, when we step back, even before our job is done, what we should really ask is “what was the problem solved” with who we are?

Whether business, as a people or as a government, Africa has potentials. But there isn’t much to do with that. For our collective growth, we need to stop outsmarting ourselves. It starts from the realization that none of us is as smart as all of us. But it looks like we have been trained and wired to master individual excellence skill but failed to master that of collective excellence. That’s a paradox; better yet, an Abilene Paradox. The Abilene Paradox occurs when a group of people collectively decides on a course of action that is contrary to the preferences of most of the individuals in the group.  Prof Harvey states in his paper ‘The Abilene Paradox’, “Organizations frequently take actions in contradiction to what they really want to do and therefore defeat the very purpose they are trying to achieve”.  This is the inability to manage agreements and the big picture. 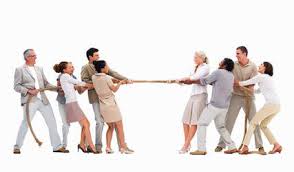 The Abilene Paradox occurs because individuals do not want to ‘rock the boat’ or ‘be a killjoy,’ even though their perceptions of the other members’ feelings are incorrect. Management thinker Jerry B. Harvey, Professor Emeritus of Management at The George Washington University, in an article on the subject, introduced the Abilene Paradox. It occurs because human beings have a natural aversion to going against the feelings of a group – they want to conform socially. According to Harvey, the paradox may be driven because individuals believe they will experience negative attitudes or feelings if they ‘speak up’ on a topic. Of course, if no one speaks up, the group will make a decision that is counter to the wishes and the common good of the group.

Often times, we see highflying workers at corporate fields complaining about lack of compatibility with other highflying fellow team members. So the company goal becomes jeopardized. How intelligent is that? We also see this in government, where sound people collectively make dumb decisions. It’s not for the lack of ideas, but the seamless integration of it and that of others for the common good. How intelligent is that?  An ancient Greek philosophers of the Oracle of Delphi states, ” an intelligent man is one who enters with ease and completeness into the spirit of things and the intention of persons and problems , and then arrives at an end by the shortest route”.   But it has become a norm in Africa that we excel at individual intelligence but fail at collective intelligence. In a nutshell, we outsmart ourselves to nowhere.

Great ideas don’t come within but between people and that intentions must be managed, from a project to a product that actually solves the big problem. It’s a lot of refining and the ability to let that happen. Next time you discuss that business idea with your team, don’t get frustrated that it is continually refined; at the end of the day, everyone must agree to disagree. That’s the heart of collective intelligence.

There are different approaches to system thinking, but the most ignored yet most important approach is from the angle of human interactions. We most times design our products from our view or in the case of production, from the factory and even in isolation from real world need of the customer whereas it should first be from the mind of the potential user and customer. It starts from asking, what does the customer really want, how does the customer even think, what is the problem to be solved?

As we ask those questions, we consistently keep them in mind to avoid variation to achieve alignment. In the words of Jim Collins, “Building a visionary company requires 1% vision and 99% alignment”. And that Collective Intelligence refers to a group or a team’s combined capacity and capability to perform a wide variety of tasks and solve diverse problems for a common goal. Collective Intelligence has been found to consistently be predictive of the future performance of groups and teams. The difference between Africa and the rest of the world is that we have not mastered this art of collective intelligence, which has resulted to clear cut difference in collective excellence.

The primary difference between IQ (individual intelligence) and CQ (collective intelligence) is the social dimension and the ability of groups to achieve unity of purpose, action and thought. Teams with high levels of CQ achieve a state of interdependence and flow when they are working together. In addition, ideas that are collectively reviewed are more prone to easy implementation than those that are unilaterally imposed.  Collective Intelligence is the act of corporately solving the ultimate problem. It is taking anything out that gets on the way, sometimes our individuality and difference. It is playing Michelangelo in developing a masterpiece. Michelangelo was once asked how he made such great images from mere carvings from large marbles, he said “I saw David in the marble and carved until I set him free”. In another statement he said, “I kept chipping away anything that didn’t look like David”. That’s the point. 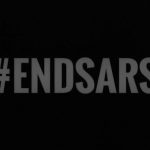 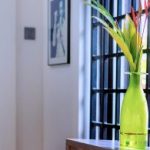 How Do You Want To Be Remembered