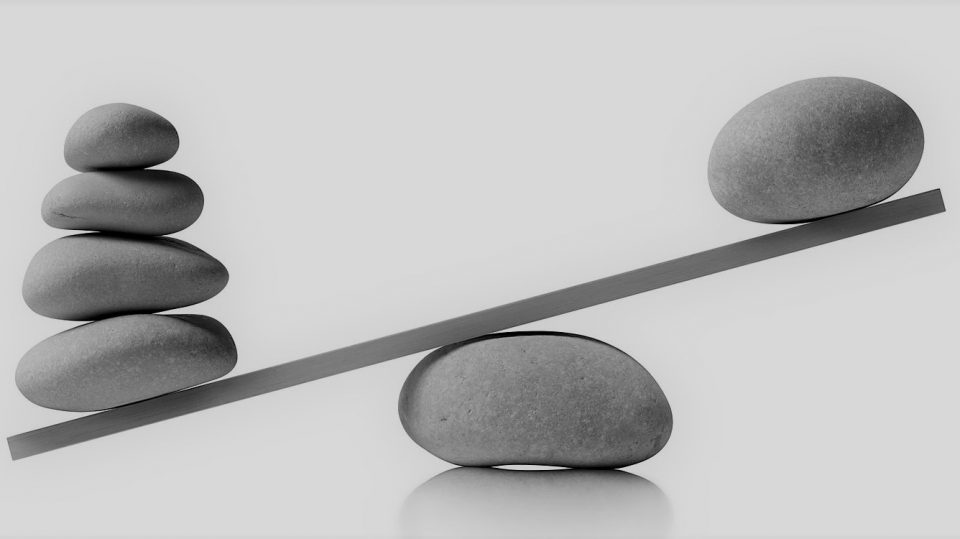 From the biblical story of Esau and Jacob, to that of Ronald Wayne and Steve Jobs in the modern yet early days of Apple, I’ve seen people price themselves away. It’s hard to comprehend that of the three people who started the first trillion-Dollar business we call Apple (Ronald Wayne, Steve Wozniak and Steve Jobs), that Ronald Wayne sold his 10 percent for less than 1000 dollars. In other words, he threw away a golden meal ticket, that’s the self-sabotage of Hyperbolic Discounting. 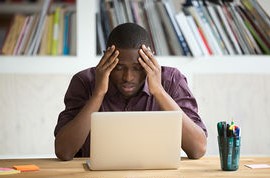 We’ve all been there, a place where we have loads of chapter to read up before an exam or an important company task to complete but we instead go out to party, or turn on the TV or even turn to social media, only to have that decision cost us the next day. Hyperbolic discounting is a cognitive bias, where people choose smaller, immediate rewards rather than larger, later rewards — and this occurs more when the delay is closer to the present than the future.

Hyperbolic discounting happens when people would rather receive Five Thousand Naira right now than Six Thousand Naira in a month’s time. I bet you too will. That’s it. That’s a cognitive bias. People value the immediacy of time over the higher value of money. If this makes any sense to you, you’d realize that in negotiation, you can charge or price that client more by just giving him the option to stagger or spread the payment over time. Expressed another way, hyperbolic discounting is a person’s desire for an immediate reward rather than a higher-value, delayed reward. We are victims to Hyperbolic discounting even in the marketing tactics of our business model- I mean don’t we overly market when we should just engage without selling. Sometimes we even oversell because of today’s anxiety for revenue. We engage every prospect as if they’re at the bottom of the sales funnel. We chokingly sell to those we shouldn’t yet. Whenever we do this, we miss tons of opportunities to build brand awareness and trust with the people who aren’t quite ready to buy.

Hyperbolic discounting gets in the way of our saving for retirement too. It’s a major part of behavioral economics. It’s what happened when our parents bought the Volkswagen Beetles in the 80s over buying a piece of land that could have been worth hundreds of millions today. The clothing store, Everlane, is known for: Exceptional quality. Ethical factories. Radical Transparency. And it’s an example of a business that uses hyperbolic discounting to its favor to. It has an e-commerce sales method called Afterpay, where customers can buy now and pay later. They pay a portion of the balance up front and the rest is paid in quarterly installment. Unknowingly to their subjects, they tend to buy more that way. It’s what happens when we borrow on credit cards- we play now to pay later. We hate to pay now to play later. This is pronounced more evidently in the concept called procrastination. Hyperbolic Discounting explains addiction too. I mean how else can one explain higher intakes of alcohol or cocaine by a very intelligent and health conscious persona, having full awareness, knowing fully well the damage it causes our body, still we engage with it for the feeling it gives. Hyperbolic discounting has also been offered as an explanation of the divergence between privacy attitudes and behavior. It’s the same theory we see between a sexual urges that leads to rape or unwanted pregnancy. All around us, in different versions and degrees of the same thing, we self sabotage ourselves. 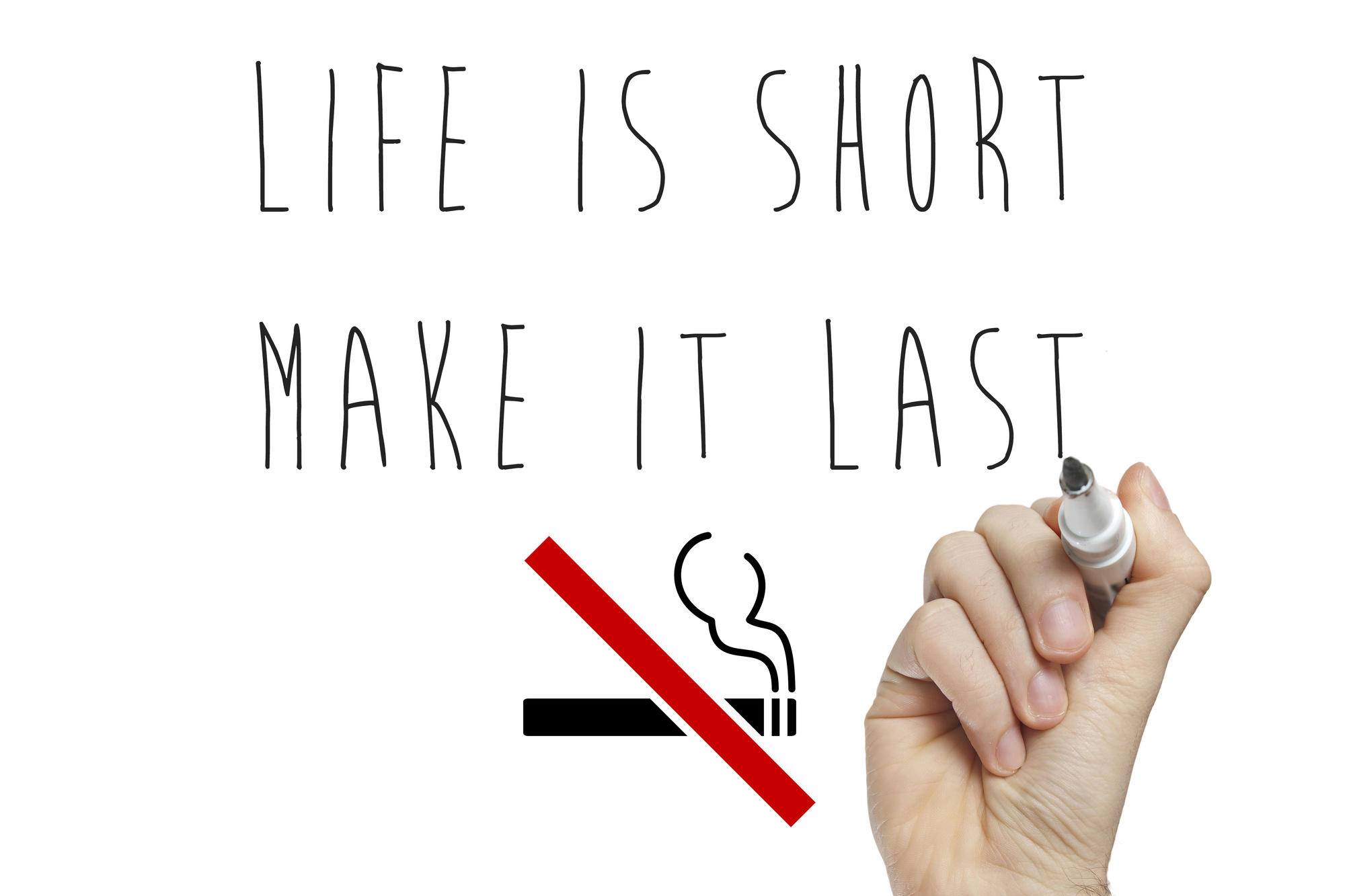 Hyperbolic Testing happens with our relationships with people too. In this case, we once in a while discount our all-important long-term goals with a person when we get into short-term conflicts with them. It’s what you see happened when you engage someone with a regret of a divorce from a good marriage. It happens when we put self centered opportunities and ideas over what’s best, when we choose being right over being together.

As executives in organizations, we sometimes are more interested in an idea, or in being right than being leaders. It is easy to forget that a team is made up of individuals having a piece of the supreme idea in them. But the greatest of ideas don’t come within but between; I mean they don’t come mainly from within us, but can only be found between us. It takes only a true leader to cultivate them, putting together all the pieces of the puzzle through others. Everyday we see the pitfall of hyperbolic discounting in team building. There seems to be a workplace trade off between task and people, result over relationship. When there is high demand to get things done quickly, the task at hand becomes of greater priority, people become less and less important. Goals and results are set above all things including people.

We must avoid Hyperbolic Discounting in the workplace. Take for example, Google, one of the world’s top brands, sets its best performing team aside and then pays even better attention to teams of failed projects. It celebrates them for the team they are first of all, for even trying and contributing to the firm’s lessons learnt. They do this for their own safety. This Psychological safety refers to that shared belief held by team members that the team is safe for interpersonal risk-taking. There is a sense of confidence that the team gets from knowing that it doesn’t embarrass, reject, or punish someone for speaking up with ideas, questions, or mistakes. This paradigm is powerful. The truth is, no one wants to look, ignorant, incompetent, intrusive, and negative. It is important to note that this ideology is not trade off of excellence. What Google does to failed team when it celebrates them isn’t just about them, it’s also about the winning teams. It kills any chance of them having an illusory superiority. That Illusionary Superiority is referred to as the Dunning-kruger effect- a type of cognitive bias in which people believe that they are smarter and more capable than they really are. In other hands, failed teams are not as bad as they are, especially when they can admit and work on that supposed failure. That in itself is strength. Essentially, low ability people do not possess the skills needed to recognize their own incompetence. So for recognizing it, is competence in itself. What this does buttresses the words of the 80’s rapper Chuk D, “don’t let a win get to your head and a loss to your heart.” Also, it encourages that the words of Julie Andrews, “perseverance is failing 19 times and succeeding the 20th.” 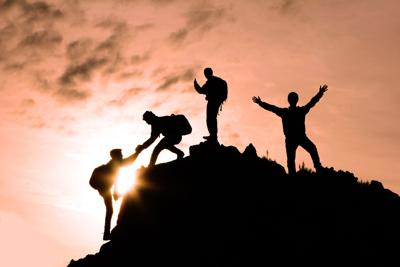 It’s the mark of the executive to walk people past the present to the future, to replace Hyperbolic Discounting with sacrifice. Sacrifice is deeply needed to grow. Going through stress, pain and sacrifice now for what you want later shows to the powers of creation, the forces of life, an inner proof of desire. Really pushing more, at the point of breaking comes your breakthrough.

Re-engineer yourself and team to have a state of mind that every sacrifice counts. That pain creates value. In the words of one of the greatest European thinkers and philosophers, Frederick Nietche, he says that “most times, the value of a thing is not in its worth, it’s in what it costs us to get it.” I concur. No matter what you’re going through, hang on. Fight! Perseverance is the handwork you do after you get tired of doing the hard work you already did. In the words of the Somalian singer K’naan ft Nas, he says, “difficulty is an excuse that history never accepts.” Quit going for small rewards over the chances of bigger achievements.

To me, a good business and a good life are like a natural spring. And like a natural spring, to drill a well or to have pipe borne water, you have to break through hard ground, move away all the rocks and after a great level of work the thirsty ground becomes damp. And just a little deeper you begin to uncover a beautiful underground stream that washes away everything in its path. This is clean water, at that point comes a good spring! Have a taste with us!

Uwaoma Eizu is the lead strategist at Hexavia! He is a graduate of Mathematics with two MBAs and over a decade of experience working with startups and big businesses. His core is in building startups and in corporate restructuring. He is also a certified member of the Nigerian Institute of Management, Institute of Strategic Management of Nigeria and the Project Management Institute, USA. By the side, he writes weekly for the Business Day newspaper. 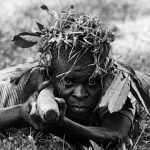 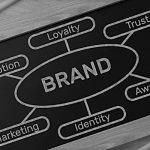 Hexavian Laws of Business. (Law 19) The Law of Profitability.