The book Business Adventure is seemingly an old book published in 1969 and written by John Brooks.

It a compendium of classic tales from the World of Wall Street.

Notwithstanding, it holds certain business principles that remain constant today.

We will be reviewing 5 very important lessons that the book has to teach us:

Brooks chronicles how Xerox recruited researchers to develop the product that would replace the mimeograph machine (a low-cost duplicating machine that works by forcing ink through a stencil onto paper. Used from 1886) and change how offices worked around the world.

Move a few years into the future, beyond Brooks’ account, and you’ll find that Xerox’s leadership became comfortable with their past success and lead to them considering further efforts unnecessary.

This attitude would eventually lead to huge losses in the late 1970s as competitors started releasing their own photocopiers.

What will keep you in the market is innovation!

So, let’s continue and go further ahead the Hexavian! Way

Today, many companies hype their compassionate corporate cultures, but it was less common in the 1960s. Joseph C. Wilson, founder of Xerox believed that it was his duty to donate millions of dollars to charities and universities and to have progressive hiring policies during the civil rights movement.

Though Wilson’s unorthodox ideas initially faced push back, it’s widely accepted today that beyond just doing good for others, corporations with a charitable mission or flexible benefits like generous leave for new parents attract motivated employees and promote employee retention. And it’s good PR, too.

If there is anything you should imbibe as a corporate culture is an exciting work environment… Make work fun.

Another case study in “Business Adventures” is the story of the Ford Edsel, which is said to be one of the most disastrous product launches in corporate history.

Ford’s executives decided that they would use research to develop the perfect car for middle-class Americans. Its designers and marketers spent two years gathering suggestions from the public and testing ideas on focus groups. But after all that research, Ford’s executives did what they wanted.

They also tried to please everyone instead of focusing the brand. Ford debuted the Edsel in 1957 in 18 variations, none of which seemed to target a particular audience.

It is true you have ideas and thoughts but one of the key resource for any resource is DATA.

Don’t put yourself in a situation you can’t get out of.

Before the car was finished or even named, Ford began promoting teasers for the “E-Car,” which promised to revolutionize the automobile industry. Brooks says that the executives never even considered failure an option, creating an entire Edsel division and signing distribution contracts with dealerships before the vehicle was completed.

The stock market took a nose dive in the summer of 1957, and people stopped buying mid-priced cars. The Edsel was set to launch in 1957. Had Ford’s leadership acted more cautiously and avoided betting so much on the Edsel, they likely would have been able to avoid losing $350 million.

If you fail, accept it, learn from it, and move on.

Despite the countless mistakes that Ford’s leadership made with the Edsel, Brooks found that no one would take responsibility for the failure and instead felt they had done everything right.

Edsel marketing manager J.C. Doyle even tells Brooks: “People weren’t in the mood for the Edsel … What they’d been buying for several years encouraged the industry to build exactly this kind of car. We gave it to them, and they wouldn’t take it. Well, they shouldn’t have acted like that.”

Managers must communicate clearly with their employees.

Brooks also tells the story of the 1961 price-fixing scandal among 29 electric companies. He looks particularly at the biggest party involved, General Electric, where employees worked on their own to profit from their illegal actions. So many people were lying or withholding the truth from each other that Brooks says it was “a breakdown in intramural communication so drastic as to make the building of the Tower of Babel seem a triumph of organizational rapport.”

Brooks writes that even after researching the case thoroughly, he couldn’t tell if the higher-ups were responsible or at least aware of the price fixing because GE had a culture in which nobody seemed to communicate with one another. Multiple employees even testified that their bosses would often say things with a wink, making it difficult to ascertain if what they just said was what they actually meant.

After an extensive SEC investigation and trial, GE was fined $437,500 and three employees were sent to jail for 30 days.

Communication is a key factor of any organization.

An organization that has a good communication system (inclusively a good reporting system) reducing the chances of errors within the organization.

You should get this book too. 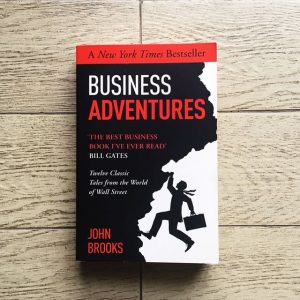 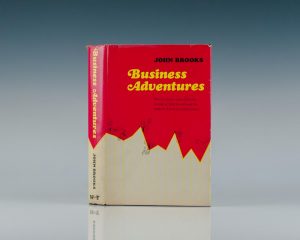 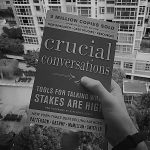 Who Moved My Cheese – Book Review