Business, Negotiations and the Audacity of No 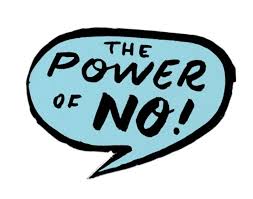 The actor, Sylvester Stallone was once so broke and homeless. He slept on the New York streets and bus stations with his dear dog. Unable to feed the dog and to survive, he had to sell the dog at a liquor store, to a stranger. Sadly, with tears in his eyes, he sold it at $25 only. That night he stayed up crying.

One day, after watching a Muhammed Ali fight, it inspired him to write a movie script called “Rocky”. Hungry and tired, he stayed awake dripping sweat; blood and tears for days just to finish it up. It was a fantastic script! He tried to sell the script and got an offer for $125,000 for the script. But he had just one request. He wanted to star in the movie. He wanted to be the main actor, Rocky. But the studio said no.They wanted a real star. They said he “looked scraggy and talked funny”. Even though he was hungry, he declined and left with his script.He looked at them eye ball to eye ball and said no even though he had no home to even return to. They must have been shocked and let him go.After a while, the studio agreed knowing that he won’t compromise, they gave him $35,000 for the script and allowed him to star in it! That movie Rocky shook Hollywood, the Oscar Awards and was even inducted as one of the greatest movies of all time and do you know the first thing he bought with the $35,000? The Dog. 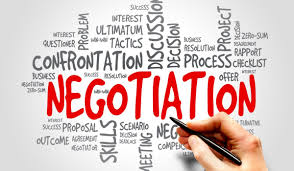 This is a story of persistence, negotiations, loyalty and dreams.Half of the troubles of this life can be traced to saying yes too quickly and not saying no soon enough.It’s what great people in the making are made of. I can relate to this story for I have been in such position. In the heat of a lot of needs about a decade ago, I couldn’t explain to my family why I kept turning down employment offers as a fresh graduate to start a business at zero capital. A few times I will go for interviews and ask for strategic roles and pay. Most times they looked at me funny as a fresh graduate and all the time I would walk away from the negotiation table if I wasn’t given what I wanted. I was either stupid but I knew what I had and wanted. I think it was the latter.

Today, businesses grow by depending on our business. To grow, I’ve realized that diamonds come from pressure, a gem comes from friction. Life doesn’t give you what you want, but what you negotiate. Take the pain. If you win you’d be happier, if you lose you’d be smarter. If you go harder? Well, the harder the life, the stronger you’ll become. The stronger you become, the easier the life will be. Most people don’t stay long enough in a thing. So they negotiate out of impatience and hunger.They want the short term good feeling. On the streets, it’s called positive vibe. 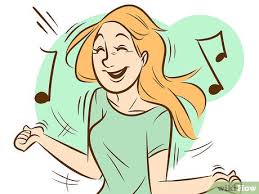 Everybody just wants the temporary high of short term reward. It’s usually a smoke screen. In a world where everyone is screaming “positive vibes only”, it’s leaving a lot more people living a mirage; people make long term decision for short term gains. A few days ago I walked out of a contract renewal because although we as a firm needed the pay, we knew it would be distractive. It’s something I am still trying to teach my team and carry them along with.

Sometimes last year, at Hexavia, a management consulting contract we were involved in,some high power project that began to look too political. We just wanted to be technocrats and everyone else felt the right thing wasn’t the best thing to do. While I stood my ground as a consultant, our contract was terminated by the powers that be on a high level project because we made an honest recommendation that was uneasy and was to affect a lot of people. We must have been seen as “bad vibes” for not saying what they needed to hear, for not romancing egos and playing ball (I believe a few people knew we were right but their self-interest and the harder route everyone was unwilling to take made them keep mute). The environment was very political. For this, our contract was terminated. We didn’t beg or lobby to back at their own terms. We just walked away (just the way I like to explain it to my colleagues, there is a reason why there is an exclamation mark at the end of Hexavia!, it reminds us of our hope), three months later we get a call requesting for us to get back on the project and implement some of our recommendation after their easy route had failed and went off course by NPV (Net Present Value of money) at play, they just had to pay us more to get back. Today, the organization is better structured and back to profit.My point is, it’s great to be an optimist, and almost as equal it is to be a pessimist when there is none on your team/organization. For the sake of results, we most times forget, to them we owe the most brilliant questions for qualitative risk management that brings about innovation. Without the fear of being labeled a pessimist or black sheep, learn to weigh whatever you are offered on the scale of what you want as against what you want most. In the words of Steven Covey, ‘You have to decide what your highest priorities are and have the courage to pleasantly, smilingly, and non-apologetically – to say no to other things and the way to do that is by having a bigger yes burning inside’. 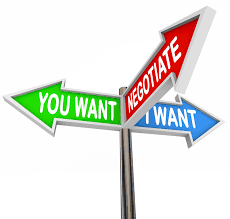 As much as it’s good to be an optimist, pessimists play a very important role too.The truth is that extreme optimism has its down side; Maximax Criterion as we call it in in Operation’s Research (for those with Engineering Mathematics and advanced management/ Quantitative Analysis background).Having a balance between optimism and pessimism is key (when the coefficient of Optimism according to The Hurwicz criterion is between 0 and 1). That’s a realist at play. Just like the saying goes, it took an optimist to invent the aeroplane but a pessimist to invent the parachute!

Be a master and writer of your own destiny; define who you are and what to be else others will define it for you. Be the master of your own image rather than letting others define it for you. The world wants to assign you a role in life and once you accept that role you are doomed. Don’t be afraid to stand out from the crowd and demand what is different. But let that audacity come from something deep within. Something you know, have mastered and familiar with. It’s an asset for the negotiation table, either for business or power. Do not negotiate on unfamiliar grounds. In the 8th Law of the 48 Laws of Power by Robert Greene, it says “Make other people come to you, use bait if necessary”. For negotiations or meetings, it is always wise to lure others into your territory, or the territory of your choice. You have your bearings, while they see nothing familiar and are subtly placed on the defensive. That’s how to get more from situations. 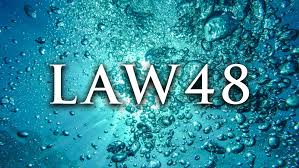 Life is dinner time and you have a choice to either be on the dinner table or dinner menu, depending on the value you bring and the negotiation skills you have. Learn to stand long enough for what you believe in and sometimes even walk away when offered the otherwise. Walking away most time from what is unfavorable is better than staying to take crumbs or at least stay out for a while, withdrawing that value. Scarcity creates more value. The more you are seen and heard from, the more common you appear. If you are already established for an uncommon value in a group, temporary withdrawal from it will make you more talked about, even more admired. You must learn when to leave. Create value through scarcity. Business and even emotional relationship follows the same nature. At the start of a relationship you need to heighten your presence in the eyes of the other. If you absent yourself too early, you may be forgotten. But once your partner’s emotions are engaged, and the feeling of love has crystallized, absence inflames and excites. Giving no reason for your absence excites even more. This is true also for business.

Never negotiate from a place of weakness. This universe is designed to attack the weak and wounded, so never portray yourself as one. Lions circle the hesitant prey. Boldness strikes fear, fear creates authority. Going halfway with half a heart digs a deeper grave. Hesitation creates gaps, boldness obliterates them. Audacity separates you from the herd. In this process, sometime you lose but don’t act like it. Stop looking wounded. Even in the bible, wounded or blemished animals were not accepted as offerings to God. When you miss an opportunity, don’t act exhausted with all hopes lost. Don’t act or feel heartbroken. Research shows that even after a relationship break up, you are more likely to attract the wrong person next if you walk around saying you’re heartbroken. Same as most things in life. Spirits attracts. Spiritually, guilt and pity keeps doors locked. Move up from guilt to grace. The funny thing about this thing called Grace is, no matter how many steps you take away from it, it still takes just one to return back to you.

As a top executive who spend most of my days in the boardroom and a HR practitioner who spends a lot of time in HR interviews and negotiations, every day I see people in interview who negotiate wrongly. Some walk in with a face of learned helplessness, feeling battered from fights from before. Learned Helplessness is a disease. It is a condition in which a person suffers from a sense of powerlessness, guilt or fear arising from a traumatic event or persistent failure on something. It is a potent weapon to hinder moving on to greater things. Great people don’t have that. In the words of the NBA legend Michael Jordan, he said “I’ve missed more than 9000 shots in my career. I’ve lost almost 300 games. 26 times, I’ve been trusted to take the game winning shot and missed. I’ve failed over and over and over again in my life. And that is why I succeed”. I await to see and work with you to your business and life success. 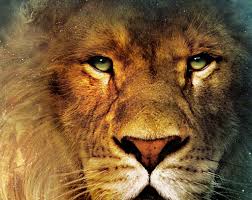 LIFESTYLES OF A DECLINING MIND; THE NATIONAL STATE.

Circular Flow of Wealth- How Not To Become Poor