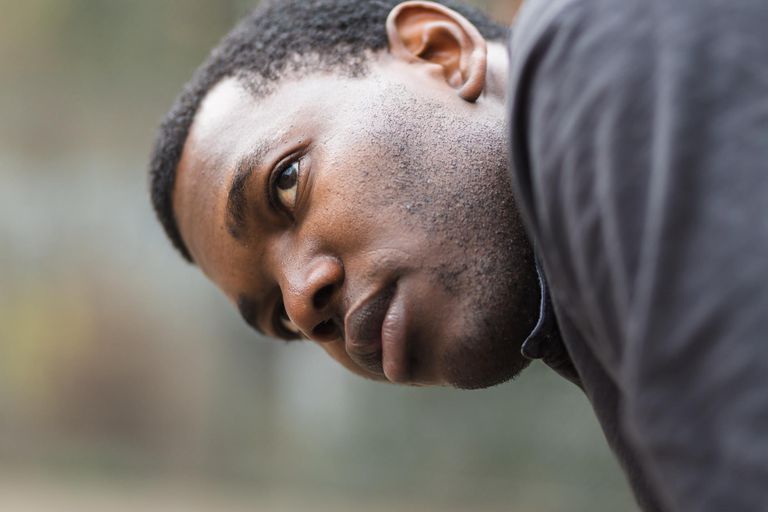 In the table of radicals, it’s most times a game of “eat or be eaten”. You’re either on the dinner table or on the dinner menu. The corporate world is a big league of such radicals posing as gentlemen with hard fists enveloped in velvet gloves. There are codes to get things done radically but with a stealth effect. It starts from being systematic. 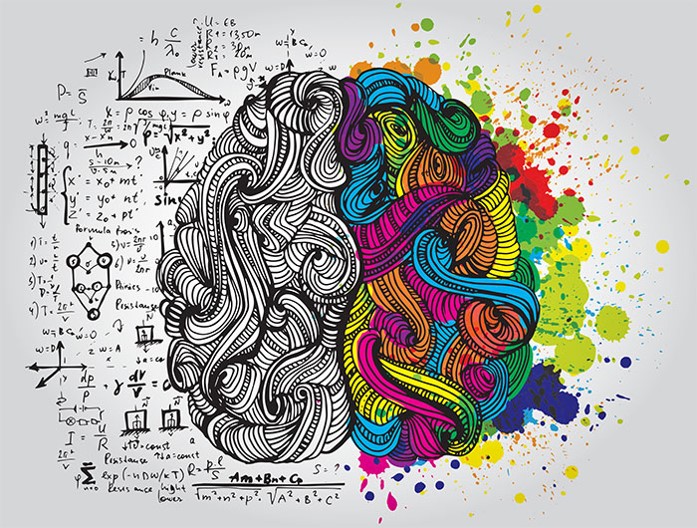 Think end to end but operate bits by bits. In other words, conceal your full intentions. Guard your heart and tongues with your mind. Be friendly but have few friends. Stay off sharing information with the talkative.  The human tongue is a beast that few can master. It strains constantly to break out of its cage, and if it is not tamed, it will run wild and cause you grief. Power cannot accrue to those who misuse it or squander their treasure of words. Just like the Sicily Italia Mafians would say, “non ʧɜ:ntrɑ:, in bocca al lupo”, permit me to say, welcome to the inner business streets, the crude corporate world!

I know this isn’t what your motivational speakers or average article would tell you, but you need this, so let me lay it down flat for you.  In the words of Al Capone “Che c’entrano I soldi? Pago io!” 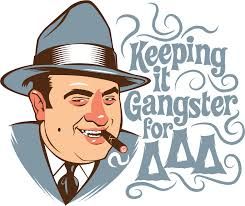 In the long, cold and lonely path to the top, the right disposition is that no one owes you anything. It doesn’t matter what anyone promises you, says to you or hands you down. Your passport to grow remains mainly value.

Being a manager or the owner of a business in a radical system is to understand process, the system and people. And about people, to succeed, treat friends like strangers (professionalism) and strangers like friends (with comfort till trust is earned). On the crude streets, they say “it’s nothing personal”, the truth is, you’ve got to break a few eggs to make omelets. This world is yet to find any other way, or do you know one? So if you must, master your smiles with it (civil) for the corporate world is nothing more than a capitalist cartel of sound minds who add value, profitably. 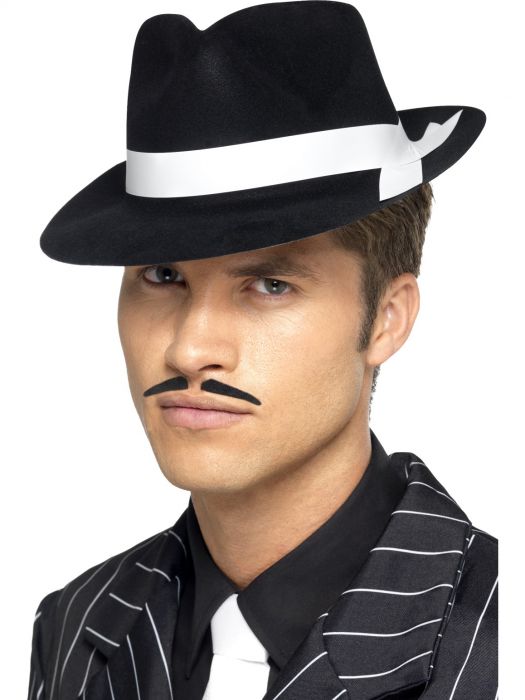 You want to be, Capo Di Tutti Capi, huh?

Well, to be profitable and powerful, you have to create value, then a cult-like follower-ship. In other words, own your own community. You also must have dependencies. And from them have an inner circle you can fall back on. To achieve this, be powerfully stealth, innovative and strategic. Be deep yet exciting; be awesome yet conservative say less than necessary, conceal your total intention for less is more. Engage the concept of branding by mystery. Use smoke screens to disguise your actions. This derives from a simple truth: people can only focus on one thing at a time. You can learn a concept or two from religion and the theory of gods, or the ladies on the red light districts. I mean just like a sexy lady on a short dress, reveal just enough to keep the eyes and weak minds attracted and focused, but not enough to totally explain or see through. It’s important to keep their minds busy. Whether in life, relationship or business the same theory works. Don’t be too nice. The truth is, you can get much farther with a kind word and a gun than you can with a kind word alone. Before you reach for their hands, reach for their minds and their hearts (Planning), or vice versa for you need all of them. In planning, think deeply and then move swiftly (Execution).

As you climb up the ladder to feed on the table of men, success is the equalizer. Remember, Quando finisce la partita il re ed il pedone finiscono nella stessa scatola. When you finish the game, the king and pawn end up in the same box! 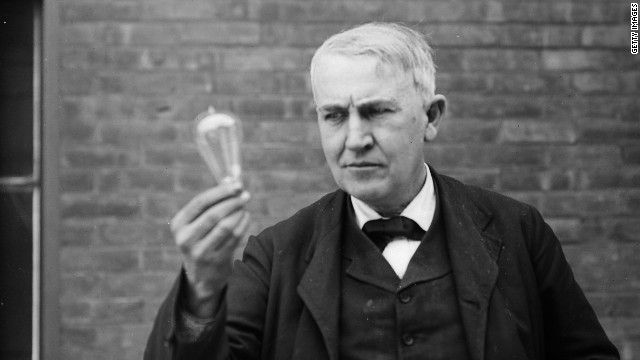 Also it’s important to keep a positive outlook and affirmation, irrespective of reality. Take for example, Edison, inventor of the light bulb was referred to by most people in his school as dumb. He was even diagnosed dyslexic. His grade school teacher once wrote to his mother with advice to withdraw him from school that Edison was “addled” and wouldn’t be allowed in their school anymore. When Edison asked his mother what the letter said, she quickly cleaned her teary eyes and pretended to read the letter out loud to her child, saying: Your son is a genius. This school is too small for him and doesn’t have enough good teachers for training him. Please teach him yourself_.

After many, many years, after Edison’s mother died and he was now one of the greatest inventors of the century, one day he was looking through old family things. Suddenly he saw a folded paper in the corner of a drawer in a desk. He took it and opened it up. On the paper was written: Your son is addled [mentally ill]. We won’t let him come to school any more. Edison cried for hours and then he wrote in his diary: “Thomas Alva Edison was an addled child, that by a hero mother, became the genius of the century”. It’s not what others say to you that matter, it’s what you tell the universe and yourself about you. Don’t let other people define who you are. Trust me, I know this. Anyone can rewrite their own neural pathways of how they want to live.

To stay strong, do not try to get validation from everyone. Let me tell you another story. At Harvard, a young boy by the name of Mark was suspended. They said he violated the rules in starting an idea. Deeply passionate about his idea, he left “their Harvard” to follow that idea. That idea became a multi-billion dollar brand.  It’s called Facebook. Today, the same school that suspended Mark for Facebook (Harvard) pays him to have and promote “a Facebook page”!

Don’t  let anyone shrink your big dreams into the small frames of their own reality. In other words, don’t let other people’s opinions to become your own facts. Opinions may suggest that you can’t, the fact is that you can!

Don’t get offended when people don’t believe in your dreams. Your success isn’t tied to it. Everyone has a right to an opinion. And opinions are relative. In the words of the American conscious rapper, Talib Kweli, “You can have your own opinions but not your own facts”.  When it comes to thoughts and life, don’t let the outer noise (opinions) drown the inner voice (facts). Listen to the noise, but pay attention to the voice. When it comes to business, follow the words of Socrates, “know thyself” and then others. Find your own power.While at it, it’s important to realize that power is amoral—it’s neither good nor evil. You can choose how to use power once you have it, but it’d be foolish to dismiss power as bad or unimportant. In fact, there’s much that we can learn from the masterful scheming of the aristocratic courts of the past—those who can subtly charm, deceive and manipulate without others’ awareness can rise to power without others’ resentment or resistance. To avoid resistance, be assertive with a smile.  One person who has masters how to further his own agenda with a smile is Obama. Take for example,  Obama has always believed in abortion and gay rights, but he kept it  to his closest circles till it was time to strike. 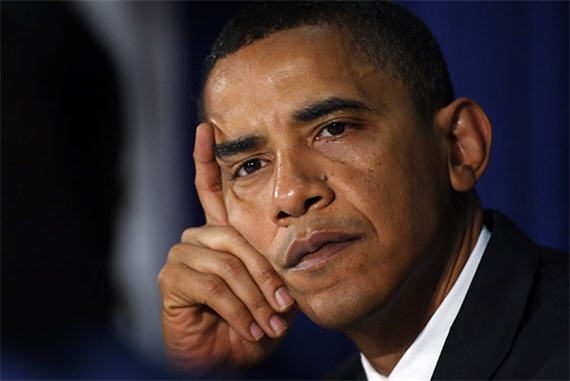 In his own words, “I have always believed that birth control and abortion are personal rights to be exercised by the individual. If, in my early days when I organized campaigns for neighborhoods in Chicago, which was 95 per cent Roman Catholic, I had tried to communicate this, even through the experience of the residents, whose economic plight was aggravated by large families, that would have been the end of my relationship with the community. That instant I would have been stamped as an enemy of the church and all communication would have ceased”.

Great leaders may not always be right but they deliver their message and wrongs even rightly. Their trick is simple, on a voyage of a cause, whether wrong or right, in the words of John Maxwell,” reach for their hearts before you reach for their hands”. These are a few codes for radicals. 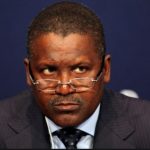 How the US tax code bypasses women entrepreneurs