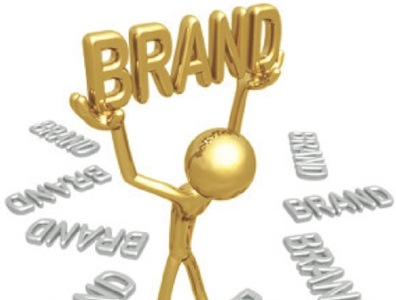 Businesses and brands rise and fall like empires do. No condition is permanent, but how you handle them is key. In the last one year, a lot has happened with a few brands, from the H and M’s store shutdown in South Africa by a PR campaign gone badly as it was considered racist. And to the plane crashes by the Boeing 737 Max. Dana Air had a plane crash a few years ago, so far, they seem to have bounced back well by improved service and great PR (they even now have a foundation), with alluring brand ambassadors. Every now and then we have oil spillage by IOCs (International Oil Companies) around the world. The Niger Delta of Nigeria for years still remains a mess by Shell, ENI, TOTAL and Exxon’s consistent degradation of the environment. 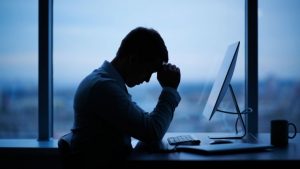 However, from them we can learn focus group engagements, PR, communication and a commitment to sustainability have played their part in their brands reputation recovery. For those with longer memories, the green and yellow sunburst of the BP logo will always be tainted by Deepwater. We have heard of the Enron Scandal (Enron was the “it” company at the turn of the century as it oozed with wealth, smarts, and power. 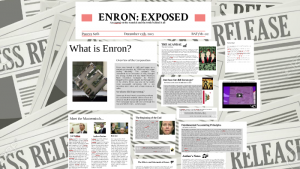 However, this Houston-based energy company toppled into a spectacular bankruptcy due to a painstakingly-planned accounting fraud made by its accounting firm, Arthur Andersen. Once considered a blue-chip stock, Enron shares dropped from $90 to $0.50, which spelled disaster in the financial world when thousands of employees and investors saw their savings vanish with the company as it filed for an earnings restatement in October 2001”. We have heard of the death of Arthur Andersen too. Speaking of Arthur Andersen, this Chicago-based company voluntarily relinquished its licenses to practice as Certified Public Accountants (CPAs) in the USA due to the Enron accounting scandal. This was a blow, considering that it was one of the world’s top five accounting firms prior to the scandal. It resulted in the loss of 85,000 jobs and corporate re-branding.

Alicia Keys a few years ago was paid by Blackberry to be their creative director. She carelessly was busy promoting Blackberry on her tweets and mail. But the tweets showed that it was sent from iPhone! iPhone took advantage of that in return as their own promo!

We see how perception management is key with the Soda wars. All Sodas are bad for your health, however some are a better tasting poison. Pepsi for example has consistently beaten coke in that perception game. It did beat Coke in the 80s blind taste challenge though it has less sugar. That was a huge boost on its brand. Pepsi is generally perceived to be healthier. Well, till Zero Coke recently was created in line with Diet Coke as a healthier option to knockout Pepsi!

The market is bisexual, anybody can blow!

In the middle of most brand failure comes communication defects. By strategy and brand misrepresentation anyone can become obsolete, anyone can win. 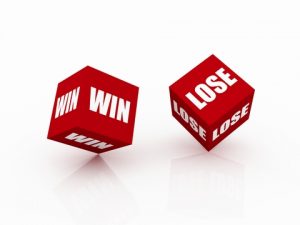 Like my friend will say, “the market is bisexual, anybody can blow! “ From Market leader like KFC, you can be reduced to Mr Biggs if you stay stale without stimulating our minds by communication and by optimizing feedback.

Welcome to life, where tables turn. When you’re on top, the aerial view is the ‘wrongest’ view to the world. How could blackberry not sought out their Bold 5 hanging problems for years, and their battery life issues? How did they fall from being the inventors of smart phones and pop emails into not being mentioned on top apps. What did they do with all our feedback? Why did they not listen? 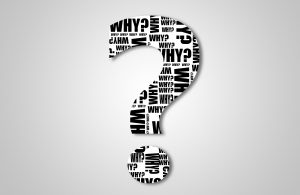 As a business man, you can’t develop your marketing strategy in isolation. Watch your competition, time and market. Lookout for feedback, it’s the cheapest form of effective research. Never let a crisis go to waste, learn and make something from it.

Currently, the Boeing brand is undergoing serious damages. The 737 Max plane crash crisis wiped more than $25 billion off Boeing’s market value. In just a few days. And they seem to be doing poorly at closing out loopholes fast.

I remember one of my articles here was on Excellence. And I wrote of how very few firms in the world who have reached Six Sigma certifications. In management, the highest level of excellence is measured mathematically through Six Sigma. Boeing was one of them.  It’s the closest any firm can get to excellence. We owe most of the most powerful breakthrough in aviation and aeronautics to them actually. But excellence is just not perfection. 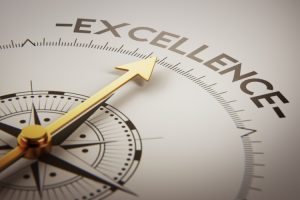 Perfection is an infinite chase but excellence can be reached. But the trick is to aim for perfection and if you fail, you’d at least land on excellence. For times when we fail temporarily which is part of life, it’s important to develop a template for damage control. Toyota and Lexus definitely have this. During the classic Lexus recall of the 90s, their corrective steps were legendary. Most recalls are handled by making an announcement to the press and mailing a notification letter to owners. Lexus, instead, call each owner individually on the telephone the day the recall was announced. When the owners picked up their cars at the dealership after the work was completed, each car had been washed and the tank filled with gas. If an owner lived more than a hundred miles from a dealership, the dealer sent a mechanic to his or her home. In one instance, a technician flew from Los Angeles to Anchorage to make the necessary repairs.

Too much excellence to save your brand? Don’t think so!

Was it necessary to go to such lengths? You could argue that Lexus overreacted. The problems with the car were relatively minor. And the number of cars involved in the recall – so soon after Lexus had entered the marketplace- was small. Lexus would seem to have had many opportunities to correct the damage. The key fact, though, was not the number of people affected by the recall but the kind of people affected by the recall. Who, after all, are the people willing to take a chance and buy a brand-new luxury model.

We all make errors at times. An error does not become a mistake till you avoid to correct it. Like empires, people and brands fall and rise. Listen. Don’t be caught sleeping.

Failure isn’t always an enemy but the down payment for school fees on how to succeed better next time when you learn from it. On the other hand, as you win, congratulations sometimes becomes the main enemy, “nice job” most times is the word you should be afraid of.” Scary but I agree. Success is the greatest enemy of success.

To me, success is a lousy teacher. It seduces smart people into thinking that they cannot lose. After you stand on your feet, stay on your toes. In the words of David Ben Gurion,

It’s not enough to be up to date. You have to be up to tomorrow. As you grow, never outgrow feedback, its zero payment on research. Be a future manager for it is only he that sees the future that can seize the future. For what you currently do, what steps have you taken for the future?

I look forward to working with your brand. 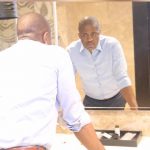 Uwaoma Eizu is the lead strategist at Hexavia! He is a graduate of Mathematics with two MBAs and over a decade of experience working with startups and big businesses. His core is in building startups and in corporate restructuring. He is also a certified member of the Nigerian Institute of Management, Institute of Strategic Management of Nigeria and the Project Management Institute, USA. By the side, he writes weekly for the Business Day newspaper. 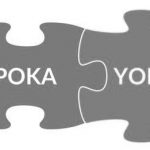 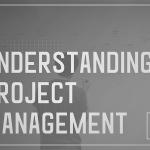 Smoke Screens of a drunk in church