Stop trying to be a reservoir for money, instead be a channel.

Bill Gates last year made 23,000 new millionaires. Are you still wondering why he is still the richest man in the world?
Don’t be a reservoir, be a channel.

Personally my whole life began to change when I moved my prayer lines from God Bless Me to May the World Be Blessed Through Me. A part of it is why I passionately do what I do, why there is Hexavia, hundreds of Mentees and why I send stuffs like these.

Hint 2 : Look out for everyday problems, solve it and then find a way of continuously solving it without being there.
Clue :Any business that requires your presence for you to make money is a subsistent business, a bad one. This is why employment is never a lasting solution to true wealth #Structure #MassProduction

Hint 3:  success is the greatest enemy of success. Don’t let a win get to your head and a loss to your heart. When you start to win, don’t use your wealth or money to oppress or hold people to ransom. See yourself as custodian of money and not the owner. Grace could have given it to anyone else. 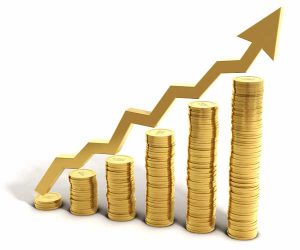 We receive more from God to be put in a position where we can have more to give unto men. This is the concept behind the biblical statements of “God who ministers seed to the sower both ministers bread and multiplies the seed sown”. God ministers seed to the sower. Most times as an idea and through people. And he can use anyone. If a black cow that eats green leaves gives out something as essential as white milk then  who are we to look down on others by their positions and past. Don’t owe people or hold them to ransome because you think you can. Don’t look down on anyone because the future can look up to anyone. Don’t ever think that the world revolves around you or anyone else.  The height of the Mystery of Iniquity is man sitting in , in the position of God.

Don’t play God to anyone. No one is a source of blessing, just a channel.

More of this will be in my new book titled Decoded.

REST OF THIS NOTE HAS BEEN DELETED// property of Decoded -Conversation from HBC
© Eizu Uwaoma. //, GoFurtherAhead with us.

©We are Hexavia
Creating world class minds and businesses

Repost if you find useful.