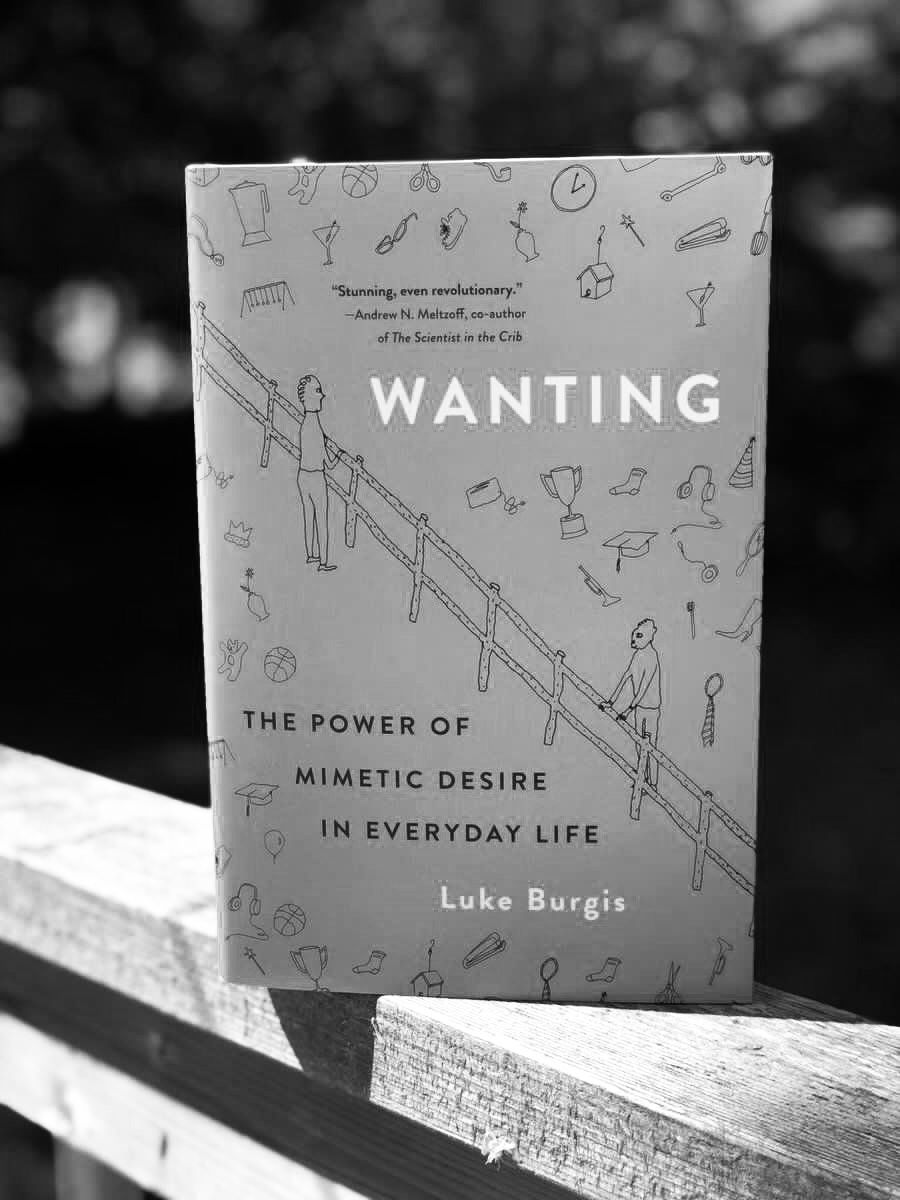 I read a book that blew my mind a little and I can’t stop telling people about it. It explains why so many people dedicate their lives to achieving things that make them miserable. This might sound crazy, but an unseen force is pushing you towards empty and unfulfilling goals…

The book is called ‘Wanting’, by a guy named Luke Burgis. It’s about mimetic desire – An academic theory popularized by Peter Thiel. At face value, it barely sounds worth mentioning:
When the people around you want something, we want it too.
So the theory goes like this: Say you’re at a bar and you’re about to order a beer but your friends wanted to buy the new Ginger drink.
“I’ll have one too actually” – you wanted a beer, but you were influenced to switch.

But now let’s take it to the next level…
Let’s say your friend raises money for her startup.
You start comparing. You’re happily bootstrapped.
“Why was she able to raise more?”
“How did she get Sequoia on board?”
“Wow, that valuation…”
“I should really raise around”
You don’t realize you start assigning value to raise money because of your friend.
It pushes you to raise around. You didn’t even need the money. You not only want to copy her, but you want to do better than her.
Suddenly, you’re locked in a mimetic competition.
Especially if ALL of the peers in your world are raising money.
It quickly becomes a game of one-upmanship…
If you live in the techy part of Lagos, for example, raising money, valuation, who your investors are, a number of employees. These are the metrics by which your peer group collectively has defined success.

But let’s say you’re a talented Yoruba actor who lived in Ibadan instead of the techy part of Lagos…
Maybe you’d be competing on film credits. Awards. Which celebrities you know. How many billboards will have your face between Oluyole and Bodija . Your radio station. Your car.
Every peer group collectively wants and competes for the same things, it just depends on what bubble you’re in. Hang out with comedians and you’ll want a Netflix special. Hang out with writers and you’ll want to get published in Business Day.
Hang out with athletes and you’ll want Olympic medals.
And so on, and so on.

Of course, none of these desires relates in any way to your personal happiness or true desires.
You don’t realize it, but you want these things because other people want them.

You might see this pattern in a group of friends.
One person will buy a Lexus and it’s like a virus.
An ES360 becomes the calling card of success.
Gradually, everyone in the group slowly switches over to a Lexus.
Sometimes rebellious members of the group will instead MIRROR these wants.
They do the opposite to try to make themselves seem unique or special.
If one friend buys a Lexus, the other buys a BMW car and talks up the rumble of the engine and how much they love paying attention to it.
Despite the attempt to differentiate, they are still falling into the pattern, with their desire for a new car defined by the pack.
These waves of wanting splash over all of us constantly. It’s almost impossible to remain unaffected by it, even if you know what to look for.

The key is to determine your true, intrinsic THICK desires and separate them from your false, extrinsic THIN desires.

You love quietly walking far down the road on weekends and do it because you enjoy it. You’d do it even if you could never tell anyone about it on social media. You do it for yourself.

So, the question is:
WHO is making you want the things you want?

And more importantly:
Do you ACTUALLY want these things? Are they thin or thick desires?
Surround yourself with the wrong models you will be bound to artificial, unfulfilling goals.

Here’s an example:
There’s a French chef named Sebastian Bras.
Like any high-level chef, his goal was to reach the pinnacle of cooking and be awarded a Michelin star.
He got the star. But the victory was hollow.
Instead of enjoying it, now he just wanted a second star. And once he got the second one, he just feared losing it.

On top of that, he had to follow ridiculously strict rules about what it meant to be “in the club” and maintain the star.
He felt stifled by Michelin’s rules, and he realized he had been competing for something he didn’t want just because all his peers modelled it as important.

He ended up doing something pretty baller: he told Michelin to remove him from the guide and revoke his star—he opted out.
So, how can you avoid Sebastian’s fate of ending up spending your life pursuing something that doesn’t actually make you happy?

First, you have to figure out who your models are.
A good trick to do this: think about who you DON’T want to succeed.
Not overtly.
But who do you track? Who are you a bit jealous of? Who are you competing with?

It could be a peer, a friend, a co-worker—someone in your close orbit.
Ask yourself: is the path that this person is leading me down (via competition) a path that leads to goals that align with my real, intrinsic, thick desires.

Would I be truly happy if I became like them?
If you don’t like what you see, then you need to prune who you’re exposed to.

The goal is to spend time with models (peers who model desires to you) that share similar intrinsic desires to your own.
One way to think about it is the old adage: “You are the sum of your five best friends”

Choose carefully, and don’t spend time with people whose lives/desires don’t line up with your intrinsic desires.
There’s a lot more to it, but that’s the gist. You may want to read the book.

N.B: This write up is adapted from Andrew Wilkinson. 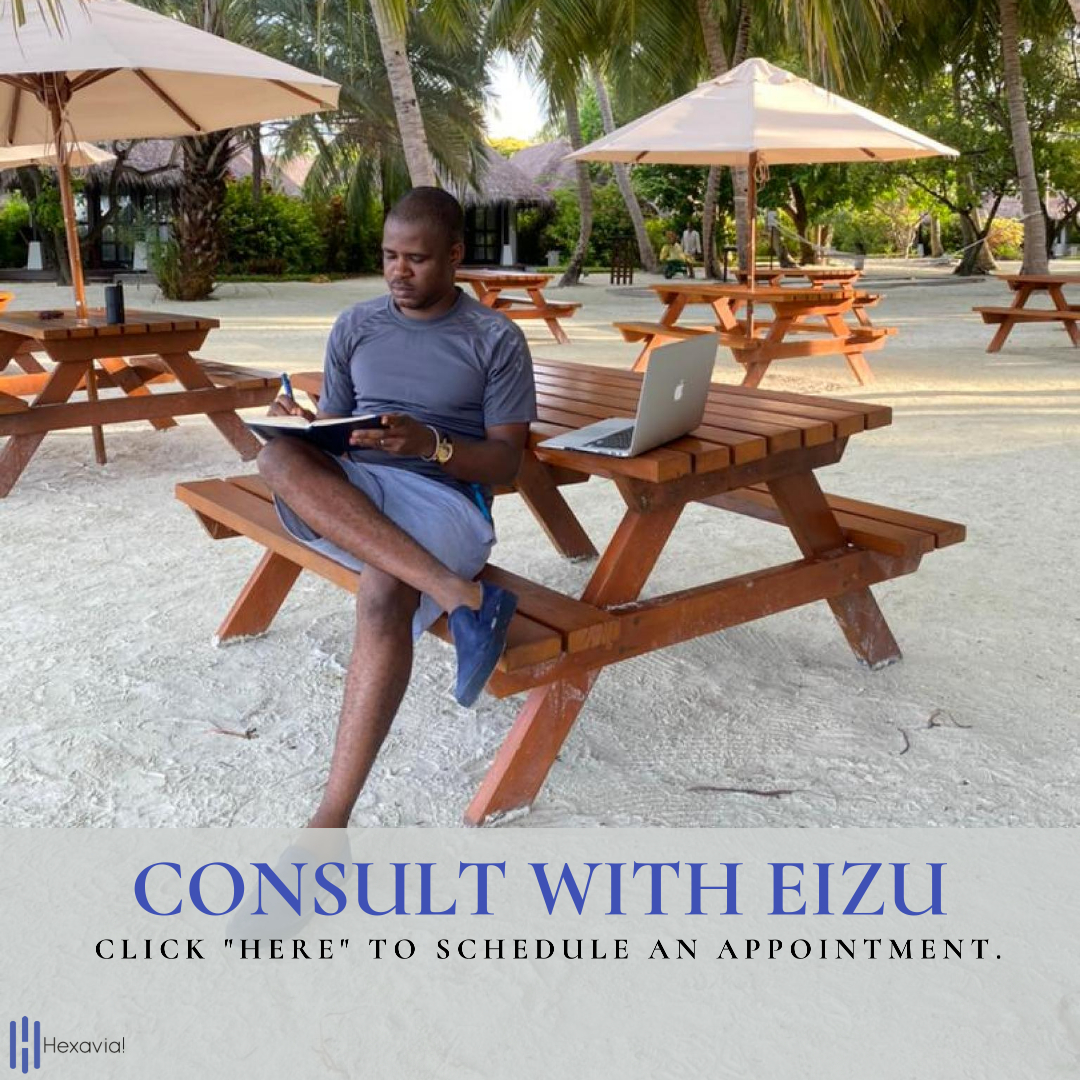 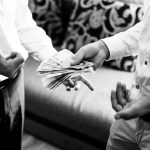 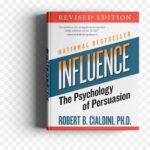