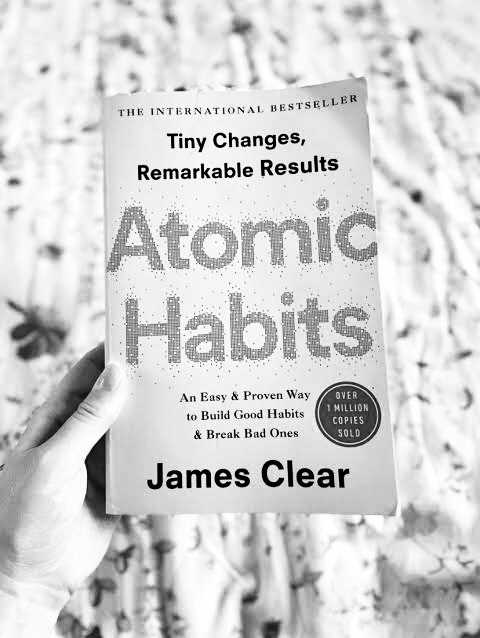 Every now and then people would tell me to ‘sit up straight’, ‘stop slouching’, or ‘correct your posture’. From my earlier years, I convinced myself it was just genetics. ‘Oh well, grandma, dad and uncle slouch too, so it’s a clan thing’. This excuse, possibly valid, was not enough even for me when I got into college. I realized that my posture affected almost everything I did. From making friends, to talking in public, to standing up for myself when I’m being bullied. After a long semester of insecurities, low self-esteem and poor confidence, I told myself I was going to resume the next semester with an upright posture.

Well, that didn’t happen. I was unable to find out why I could not achieve this realistic goal I’d set for myself. I mean, I had done this goal-setting thing countless times before as regards my academics and I always achieved them. ‘Get all A’s in your 3-unit courses’ and you would find all A’s in my transcript. I thought I had mastered the whole goal-setting thing and was puzzled when I failed to replicate it with my posture problem. Then I recently read the book ‘Atomic Habits: An Easy & Proven Way to Build Good Habits & Break Bad Ones’, and the reason why I could not achieve this particular goal was explained. The Author James Clear uniquely explained four important things about habits. They are;

Importance of Small Habits or Decisions( The 1% Rule)

As James Clear said ‘good habits make time your ally, bad habits make time your enemy’. The 1% rule matters because of the power of compounding which can be amazingly powerful either positively or negatively if we leave it to develop over a period of time. An interesting fact that James Clear sighted is that if we can get 1% better each day for a year, we will end up about 37 times better. But if we get 1% worse each day for a year, we will go down nearly to zero.

A lot of people hardly follow through on their routines for self improvements because it brings about small and steady changes. We are almost always motivated by a drastic change or achieving a significant milestone that we fail to see the importance of the little changes.

When I got to understand this fact, it was obvious to see why I failed at resuming my next semester at school with a better posture. I tried walking upright and doing exercises for the first few days but lost motivation when I didn’t see changes after a while. I missed the logic of seeing the importance of small improvements each day and I wasn’t able to shape the habit of correcting my bad posture.

Importance of Systems Over Goals: Sometimes, goals are just not enough.

At the 2012 London Olympics men’s sprint finals, all eight athletes waiting for the sound of the starter’s pistol all had their eyes set on the gold medal but there was only one winner; Usain Bolt. If we say goals are enough, why are there winners and losers? Everyone sets goals to achieve a particular thing, but only a few establish systems to achieve them. James argues that goal setting is not enough to differentiate people.

I get good grades because aside from focusing on the goal to get good grades, I set up daily schedules and timetables of what to read and when to read and the time needed to read this course. I’ve become used to this over time and I can say it has become a habit. I did not do this whilst trying to correct my posture. I just woke up every day hoping to see drastic improvements by just setting goals.

Importance of Identity rather than Outcome

The ultimate form of intrinsic motivation is when a habit becomes part of our identity.

I was trying to start a habit change by focusing on the outcome of better posture even when it was not a guarantee for improved confidence. If maybe I turned my  focus to identifying as confident,  the task of walking upright would have been easier, and a better posture would have been a much easier outcome to achieve.

Before discussing James Clear’s four laws of behaviour change, we have to really understand the science of how habits work. All habits proceed through four stages in the same order: cue, craving, response and reward.

The cue triggers your brain to initiate a behaviour, the cravings are the motivational force behind every habit, the response is the actual habit you perform which can take the form of a thought or an action, rewards are the end goal of every habit. The cue and the cravings are part of the problem phase whilst the response and the reward are part of the solution phase.

All these sound theoretical but let me break it down for you with my own example.

These four ways of developing habits lead to what James describes as the Four Laws of Behaviour Change.

The 1st Law(Cue): Make it obvious

The two most common cues are time and location. ‘Making it obvious’ relates to designing our environment around our cues. For example, to form a habit for better posture, I will exercise at 9am in my bedroom. I could set an alarm which reminds me daily about my exercise by 9am. This is a simple way to make our cues obvious.

This example is quite similar to a concept known as habit stacking which is basically building new habits by taking advantage of old ones.

My dad shows me a practical example of habit stacking whenever he goes to the bakery. He is very fond of buying bread anytime he steps out but unfortunately never remembers to buy butter, sardine or mayonnaise to eat the bread with. After I whined about the situation like a spoiled brat, he found a way to always remember to buy the complements to eat the bread with.

He discovered a supermarket that sells these complements which also has a bakery section. So whenever he practices his habit of buying bread when he steps out, he would always remember to buy sardine, butter or mayonnaise.

This example explains how habit stacking helps us to develop a habit and make our cues obvious.

The 2nd Law(Craving): Make it attractive

As humans, we are all motivated by the anticipation of reward, therefore making habits attractive, will help us stick to them.

Temptation bundling is the practice of pairing two activities—something you enjoy doing and something you’d rather put off. The idea is that bundling an unpleasant task with an activity that you like doing will reduce the resistance towards it over time.

The 3rd Law(Response): Make it easy

The main thing here is to reduce the friction and prepare our environment for the habits we would like to develop. It means anything you can do to make doing a good but difficult thing slightly easier.

A simple way to make good habits easy or bad habits difficult is by creating a commitment device.

According to James, A commitment device is a choice you make in the present that controls your actions in the future.

The 4th Law(Reward): Make it satisfying

Our brain normally prioritises immediate rewards over delayed rewards. ‘What is immediately rewarded is repeated and what is immediately punished is avoided’  is known as the cardinal rule of Behaviour Change. This is similar to B.F Skinner’s Reinforcement theory. The Reinforcement Theory is one of the oldest theories of motivation which describe behaviour and how we act. This theory can be called ‘behaviourism’ or ‘operant conditioning’ that is taught in today’s world of psychology.

The first three laws of behaviour change—make it obvious, make it

attractive, and make it easy—increase the odds that a behaviour will be

performed this time. The fourth law of behaviour change—make it

satisfying increases the odds that a behaviour will be repeated next

The major reason why I would repeat getting all A’s in first semester and getting all A’s in second semester is because of the satisfaction I got from achieving this particular goal from current habits. Seeing that my habits have paid off increases the odds of me repeating it next time because I would be equally or even more motivated.

Why are Habits so important

Harnessing the power of habits is a great way to pursue success. Habits effectively allow our brains to outsource some of the work of decision making to our environments.

Habits are present everywhere in our life from our businesses, health, relationships and spirituality. We can develop habits of reading the Bible and praying daily to get ‘closer’ to God.

Habits are synonymous to structures for businesses. When an entrepreneur has already set up structures for his business, it allows the business to run on autopilot and lets the entrepreneur do other things with his time. If you’re trying to start a business, habits are critical to making sure that you get all the little things done that you need to do.

Most entrepreneurs are motivated at the start and focus on the goals they want to achieve but are not successful in setting up habits that will lead to that. Jim Rohn best explains this situation with a quote—Motivation is what gets you started. Habit is what keeps you going. 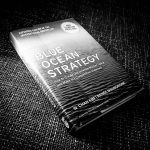